Many of my students have been on the autistic spectrum. I think we all are, after all it's a spectrum that varies in extremity. 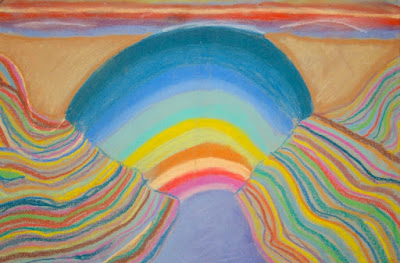 I've had young people rock up to The Oracle, failing to thrive at school, self harming, having suicidal thoughts, not wanting to continue living. Being in a very dark place.

Then there are others that just don't fit in. They are different and can't make friends - existing in their own closed and private world. There were the 'problem children,' that apparently needed extra staff support, the ones with chromosome abnormalities, severe physical disabilities, those with Aspergers, problems with communicating, anxiety and Tourettes.

Normal wasn't something that existed in my teaching world, but it was very, very special.

All those that have come to earth different, are here for a reason, and that is to educate others. Because they are to some degree or other disassociated with the regular norm and can't be moulded by it, fit in to it, or cope with it, they are deemed Special Needs. 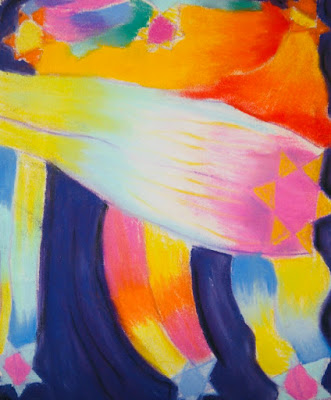 They are in fact Special. Capable of  far more than the regular person ; the new mode of human being, come to replace the old model of density that exists purely third dimensionally.

Mankind is shifting consciousness and the Special Ones have come to bring a raised band of energy to the earth in order to help others that are here.

All is in perfect order. It is imperative that there are those whose focus is purely energy related as it is for those that are in the position as carers. It is symbiotic with the carer being enlightened by the one they are caring for.

Kids on the spectrum are downloading so many sets of information at once. It's as if they are completely permeable and can feel the thoughts of everyone in the room and the general strife of the world.

Simply tackling one sum in maths is demeaning for them. An insult to their intelligence and a relative waste of time in the vast scheme of things.

It's as if education needs to catch up. For them to show us how they need to learn - so they can remember what they came to share. To be given the space to grown - not a box which they cannot escape from. 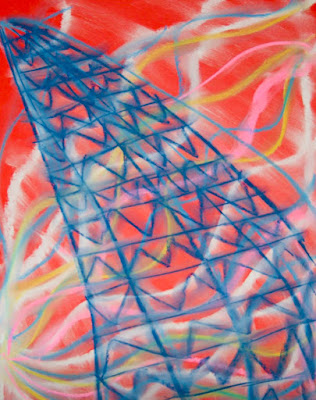 I remember when I was introduced to the term 'Messy Play' and I was a little shocked.

Where I had encouraged artistic freedom and self expression, the children had shown me that there was much more to their art that an untrained eye would miss.

Calling it Messy Play seemed to undermine the essence of these children as if that was all they were capable of.

The more time I spent with young people, the more I came to learn that they are waiting for the world to catch up. Many are seers, many are able to read minds, know an underlying motive, have the gift of premonition. All lies are transparent and they humour by merely observing them.

Once these children are acknowledged truly for who they are, they begin to flourish and connect in fully with their genius. 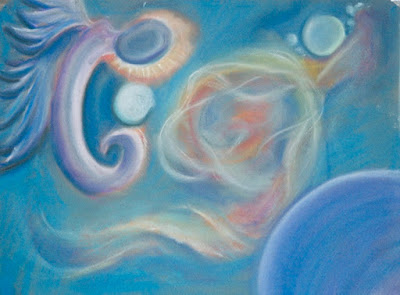 Art can be a catalyst - giving a child a sense of achievement and fulfilment. A means of communicating something going on far deeper within them. 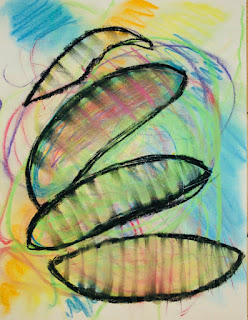 It gives them time to be silent, to go in and remember. It gives them a safe place to relay their truth for confirmatory discussion.

With art I grew to know about the telepathy of twins, how they shared their own dreams, how one student excelled at football because he knew the other players next move......

I learned that they can all feel love and it affects them deeply. That encouragement and patience and the ability to listen were paramount. That confirmations of psychic abilities and the existence of spirit and voices in the head, entities, the realness of extreme sensitive ability, the feeling tone of people and things, hearing threads of conversation hanging in the air, hearing peoples thoughts - I learned and confirmed that this was all real, as they learned and confirmed and taught me.