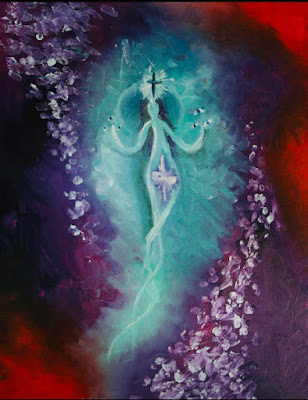 Since I began teaching in 2008 it has become apparent that not all children are the same.

In fact there are Indigo, Crystal, Rainbow children and Liquid Crystal children.

For years I have been studying people as they came and went from my shop Christmas Cottage, and this continued as it transitioned into the Oracle Gallery.

For many years I have sat painting while people come in and out of the gallery and because the children were so interested in what I was doing, I started to offer art classes.

But not all children were interested. Many breezed in and out quickly with or without their parents.
The ones that I became particularly interested in were the ones that came in and went
''WOW!" 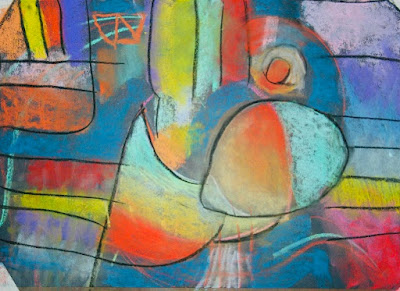 A huge number came in without parents and then implored them to come in and see, because they were so excited. They then would start begging their parents to let them stay for a class.

There was always something so magical about their energy and their eyes would twinkle knowingly when they spoke to me.


I would do impromptu classes throughout the days and would teach one to one if there were no other children about. The one to one classes were particularly powerful as it was as if spirit had caused it to be set up exactly in this way for this child's learning from me and visa versa. 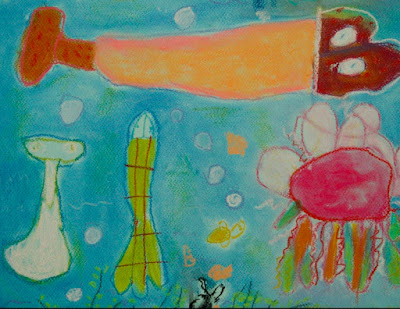 I found that I didn't have to discuss anything with the children. I just showed them techniques of how to draw and joined in with them on their creations. I took them on an energy journey.

The more children that came, the more an energy was building in the gallery, and so even more came.
Many of them were eleven and made sure they told me early on in conversation. I began understanding this as a gateway age where they were ready to understand more.

The children started to tell me what they could hear and see and know and it became a regular conversation
'What entities can you see?'

We would talk about energy and portals and different dimensions. These children were different.
They had come here to help shift the consciousness of the people, so that the planet can be saved.

They had been programmed to find me on earth by tuning into an energy signature - the energy of spirit, which is what they recognised and felt the moment they entered the gallery.