I first became interested in mental health while training to be a nurse at University College Hospital in London. It was on one of our ward experiences at St Pancras Hospital that my perceptions of 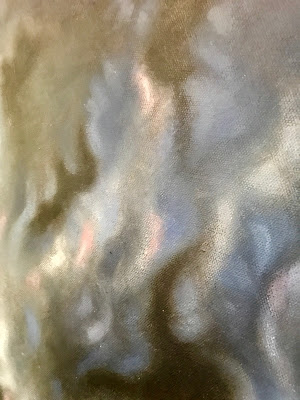 To be fair, I had never really considered mental health at the age of 18 as I hadn't so far met anyone that was mentally ill. This unfolding definitely kickstarted something in me, being a baptism of fire, as a student nurse at what was then known as the worst mental hospital in the country.

To start of I was really confused by it. How the human brain could tie itself in so many knots - looping over and over - with the person so locked inside themselves that they had no ability to feel you. Also having been given a cocktail of drugs or electric shock treatment they had no innate resources. Their mind had been completely disarmed and they were rendered to a stupor that was almost worse than the original problem.

I guess in this state they didn't harm themselves or anyone else, but it was not the answer.

As a student, you are given tasks for the day, and then you sort of float unto your own devices for a period of the day. I always used this time to communicate with people whatever ward I was on - much to the disgust of my seniors who considered it idling around and an improper use of my time.

Communication and love within the world setting - especially in a hospital are fundamental to healing. This is obvious and yet there isn't time for it. I worked like stink, got all my jobs done and made time for unearthing what was actually going on in an individuals sphere.

I agree it is important to make the general population safe as well as see that the individual with the mental disturbance is not able to hurt themselves. So when I chatted with individuals I was trying to puzzle out what would be a better direction to go in other than drugging them up to their eyeballs.

For one, it was as if the drugs made their condition worse. It was apparent that it wasn't being effective in the condition other than to cause it temporarily to go to ground - only to rise up again - if the balance of drugs didn't spank their brain enough.

There were some severely affected people - one had impaled himself on an iron railing and tried to kill his parents. He had an obsession with facial surgery. Another remained in a sleeping bag for weeks because God had told him to do so. Then there was a talkative man that would sandpaper your mind with his endless recanting of two children crossing a road. One in a blue coat and one in a red coat - or was it a green coat and a yellow coat - and they crossed a road from left to right, or was it.....? 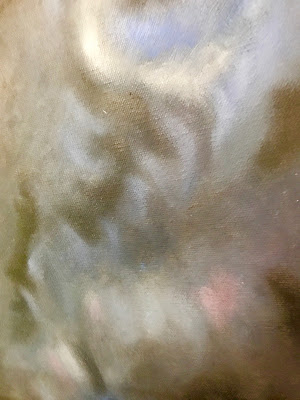 To begin with I didn't necessarily find any great purpose in listening to the drivel. You weren't meant to make head nor tail of it, and if you tried, you could wind up mental too.

But I began noticing something else - oh so subtle. It was the energy that was going on within them.
There was an essence or several that was not them and in the eye a flicker of darkness that would leave a mark on my heart - a glancing density - that I would feel fear from.

Feeling slightly winded I would continue being with these people, listening to what they offered when they spoke. It wasn't a talking task, merely a receiving one.

They all spoke of 'voices in their heads' and were deemed mental. Anyone with a voice in their head was mental.