After I qualified I left nursing. I had loved it, but my first love had always been art. So I pursued that, and in 1996, 8 years after my St Pancras experience, I bought my first home.

It was a run down cottage in Godshill that was over 400 years old. I was involved heavily in the renovation of it and embraced my life as an artist painting Island scenes, flowers and a set of fantasy paintings. 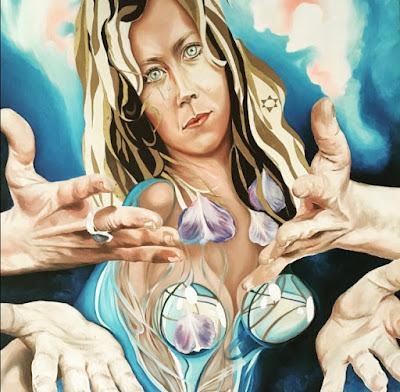 I did not realise at the time that my fantasy art was more real than I gave it credit for. They were colourful images depicting pixies that were in another dimension. It was fun make believe until I realised that my brain was being prised open - letting in the light - until I recalled my early childhood and talking with spirits all around me.

It dawned on me that I was painting a reality that I did not yet understand, but repeated painting would shed light until I started to have a slight grasp of it.

It was wonderful to finally move into my own home and the energy was shaken up considerably with walls being demolished, concrete being poured through windows to replace earth floors. It was like starting from the beginning with a shell.

A mirror of my life?

It was not long before disturbances began and then they came relentlessly - so much so, that I dreaded going to sleep.

I began to feel frayed round the edges with extreme tiredness and for a long while said nothing to anyone. I was quietly going mad.

One time, I was putting on my make-up and my mouth just opened and spoke in a completely different voice, saying -
'This is the voice of your dead grandmother.'
Another time I was emptying the washing machine and a demonic voice began making guttural sounds from inside my head and outside, just to the right. I can't recall the exact words now, but it was threatening in nature.
Spirits had started appearing, and one swam round my body - because I had let it in order to study it. A tremendous force was needed to get it out again.

Why had I let it in? 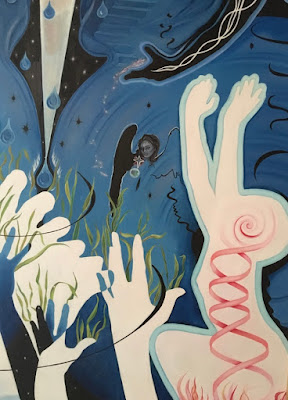 A complete stranger sat next to me on a train when I was about 18 and told me that I was a seer, and years later I was considering it and felt that in order to see it would be important to be 'open' somehow.

I got up to wee, promptly forgetting the open command, came back into the bedroom to see a spirit hovering above the ground at the end of my bed. I ran and dived under the covers - not completely accepting the reality of the situation.

There was no time to think. It swooshed through the top of my had, bathing me in coolness. There may have been a momentary feeling where I could have blocked it then, but for some reason I did not. It swam through me, sensing my nature. Checking me out from inside. It was when my eyes felt like they were out on stalks and seeing my body from above that I panicked and forced with all my might to get it out.

There was considerably more to this world than what was being currently spoken about and I was at a loss to know where to begin in order to further understand things.
at March 02, 2019